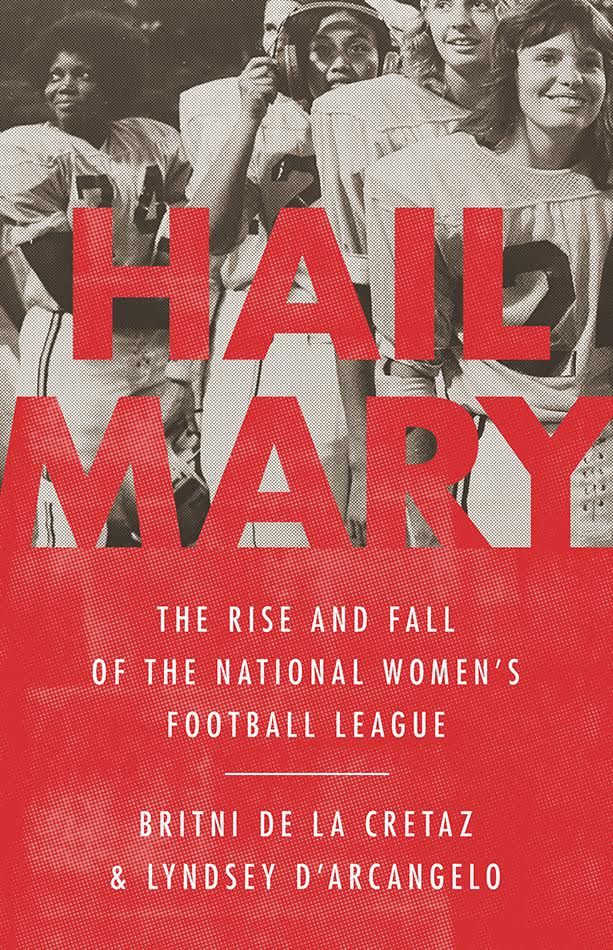 The Rise and Fall of the National Women’s Football League

The little-known, fascinating story of the rise and fall of the National Women’s Football League, told through the players whose spirit, rivalries, and tenacity carried the league and furthered the legacy of women in sports.

Buy on Amazon Buy on B&N Buy on Bookshop.org

The players of the NWFL came from all ethnic and racial backgrounds, largely from working-class homes. They were gay and straight, they were factory workers and mothers, they were beauticians and truck drivers. They overcame sexism, injuries, exhaustion, stereotypes, harassment, skeptics,  and their own lack of training to become the first women’s pro football league in U.S. history.

The league itself was a Hail Mary pass: a longshot, something with a high likelihood of failure. It’s the pass you take because why the hell not, because the ball is in your hands, and if you don’t do it, the chance for success goes from slim to none. The Hail Mary that was the NWFL may not have been a completed pass, but for a while, as it sailed through the air towards its receiver, it looked like it had a shot.

Buy on Amazon Buy on B&N Buy on Bookshop.org

“The NWFL’s imprint on the game of football is indisputable.”

– Tony Reali,
host of ESPN’s Around the Horn

Reading Hail Mary within a book group or classroom? Download our PDF with discussion questions:

Press and Articles about Hail Mary

Sports Illustrated: How One Women’s Football Team Took Control Away From the Men

The Nation: The Hidden History of the National Women’s Football League

New Now Next: 15 Queer Books We Can’t Wait to Leaf Through This Fall

Washington Post: The winningest team in pro football history has been overlooked

Video of our Interview with the National Women’s History Museum

“The authors bring these women – and their teams, and the struggles they’ve faced, and the joys they felt – to life.”

“In this vivid account, they give us a much needed record of the women who helped pave the way so we could all exist today.”

“De la Cretaz and D’Arcangelo graciously and painstakingly piece together the story of a rarely remembered league and the women whose love of football made the unlikely possible.”